NIAD-QE and the Malaysian Qualifications Agency (MQA) signed a Memorandum of Understanding (MoU) on mutual collaboration between two organizations in March 2011 for the first time and renewed it in March 2016. Following the second term of five years, NIAD-QE and the MQA renewed the MoU on April 1, 2021, with the signatures of FUKUDA Hideki. Ph.D., President of NIAD-QE and Professor Dato' Dr. Mohammad Shatar bin Sabran, the Chief Executive Officer of the MQA.

NIAD-QE and the MQA have been cooperating on several initiatives, including implementing the comparability exercise on quality assurance processes and outcomes between two organizations and participating an international internships and seminars for quality assurance experts hosted by the MQA. In addition, the ASEAN Plus Three Quality Assurance Expert Meeting, which comprises quality assurance agencies in ten ASEAN countries along with Japan, China, and Korea, was held in close cooperation with the MQA, which was the point of contact for the ASEAN counterpart. 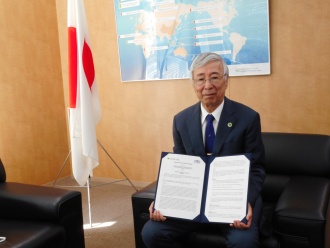 Signing of the MoU by NIAD-QE President FUKUDA Hideki