QA agencies from Japan, China, and Korea held a meeting to discuss Campus Asia Monitoring+ (Plus) in Seoul, Korea on June 4, 2019. Campus Asia Monitoring+ is an activity for quality assurance of Campus Asia cooperative academic programmes jointly operated by universities in the three countries. It has been conducted by QA agencies of the three countries; NIAD-QE, HEEC (Higher Education Evaluation Center of the Ministry of Education), and KCUE (Korean Council for University Education) since the 2018 academic year.

Document review and site visits have been conducted, and the results are currently being compiled. In this meeting, four members from NIAD-QE met four members from KCUE and three members from HEEC joined via videoconference. Progress reports were given by each country regarding monitoring they had conducted, and discussions took place regarding what kind of roles each country would play in editing the contents and deciding the design of the final joint monitoring report. The three QA agencies will move forward with collaborative efforts in creating the Joint Monitoring Report based on the course of action decided at this meeting. 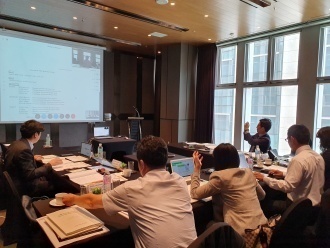 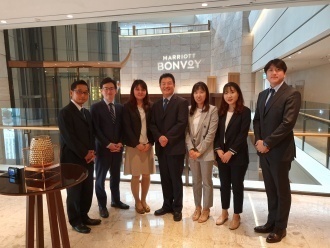